When a couple is getting divorced, it can be an emotional time. People get married intending that it will last forever. Many times, there are children involved and the parties to the divorce will feel as though their worlds are coming to an end. There are also other ramifications to a divorce in which assets and property will be distributed as well as the decision as to which parent the children will live with. Alimony is another issue, as are living arrangements, visitation rights and countless other factors that make a divorce so trying psychologically. Much like the death of a loved one, there are stages people who are getting divorced will go through and they must be dealt with to survive the process and move on with their lives.

The Deliberative Phase Of Divorce 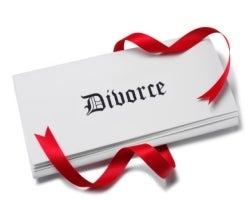 When a couple begins to see that the marriage is not going well and that the end of the marriage is a real possibility, there will be a time period of consideration before getting the process started. The reason for the divorce could be anything from adultery to physical and mental abuse, to a substance abuse problem, to financial issues, to incarceration, or to the couple plainly and simply not getting along. Whatever the incident or incidents that sparked the serious thought of divorce, one or both of the spouses will see the concept enter their minds and begin to prepare themselves for its eventuality if they choose to go that route. They might discuss it and agree about it, or it might be a situation where one party wants to end the marriage and the other would like to try and work it out. Depending on the situation, the deliberative phase can be difficult or it can be relatively easy.

The Decision Phase Of Divorce

Once a couple or one spouse has come to the determination that a divorce is the best course of action, then the decision has essentially been made. However, there could be other factors in the decision portion of the psychological process of divorce. For example, if there are family and friends interfering with ideas as to how to fix the marriage, suggestions why it is not a good idea to get a divorce, or other means of intervening, the spouse or both spouses might think differently about divorce. In some cases, if it is one spouse who is choosing to divorce and the other is against the idea, the couple's relationship can grow even more strained due to behaviors on the part of either spouse due to the continued disagreement and feelings of hurt that come with a potential divorce.

The Transition Phase Of Divorce

Growing accustomed to the new life circumstances that are present in the aftermath of a divorce might elicit some unique behaviors on the part of the couple. Perhaps one will begin trying to relive his or her youth. The other might lapse into a depression and overeat, drink, take up other unhealthy behaviors and act out in a passive aggressive fashion.

Because the concept of divorce is such a change in the lives of people, there's no telling what kind of response it will create once it becomes inevitable and neither side can see a way to salvage the marriage or both are just hoping to get it over with. If there is significant hurt on the part of one or both parties, then the divorce process can grow contentious with each side fighting over whatever they can use to get back at the other.

The Litigation Phase Of Divorce 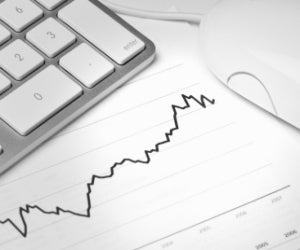 Just as the decision to get divorced and the process of preparing to get divorced are complicated, the litigation of the end to the marriage can also be difficult. The couple must present a reason for the decision to divorce. This is simple enough—the couple can simply say they're splitting up due to irreconcilable differences, or they can choose to air their dirty laundry and say horrible things about one another in a contested divorce proceeding that is based on marital fault.

When it comes to marital assets, in New Jersey, there are equitable distribution rules. That does not necessarily mean that everything will be divided 50-50 between the couple, but there are issues such as property, bank accounts, stocks, and other financial aspects that must be settled. If there are children or if one member of the household was the breadwinner, then there is going to be child support, alimony, and the debate of visitation rights to see the children. In some cases, the litigation goes smoothly and the couple is able to come to terms with the divorce and are fair with one another. In others, it get nasty and people fight over every last thing. The litigation phase can cause significant scarring for one or both of the members of the marriage.

The Healing Phase Of Divorce

This can also be viewed similarly to the death of a loved one and acceptance of the death. Once the divorce is over and the legal issues have been settled, the participants are free to move on. It might be difficult to go forward especially if the marriage was a long one and the couple had grown so used to each other even if the relationship was dysfunctional and those problems led to the divorce. Eventually, people realize that they can still have a happy life and they begin to accept the situation and heal on a post-divorce basis.

If you or a loved one are considering divorce in Monmouth County, Ocean County or anywhere else in New Jersey and have concerns regarding the psychological aspects of the divorce and its stages, the attorneys at the Law Firm of Villani & DeLuca, P.C. in Point Pleasant Beach, New Jersey is here to help. Divorce can be an emotionally draining experience and it can be beneficial to speak to people who know the terrain and can assist you in overcoming the psychological feelings that accompany it.

Abandonment: What Does it Mean?

Whether you're in Toms River, Middletown or any other town in New Jersey, Villani & DeLuca, P.C. can discuss your case with you. Call 732-751-4991 today for a consultation.