In New Jersey, when a couple wants to end their marriage they have the option of filing for divorce or to file for an annulment of the marriage. Many people wonder about the differences between a divorce and an annulment. An annulment will be more beneficial with the distribution of assets and property, alimony, child support and other issues that crop up when a married couple decides to end the union. Whereas a divorce is on the record as having occurred, with an annulment, the marriage is treated as if it never happened in the first place. 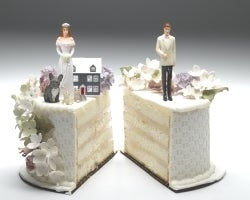 Why Would A Couple Prefer An Annulment To A Divorce?

People have numerous reasons to prefer an annulment over a divorce. They might have a religious issue with the concept of divorce and want to avoid the stigma of having a marriage in their past and on record for the rest of their lives. There could be hope for a financial benefit for either or both spouses in terms of the distribution of assets and alimony after the marriage is annulled. Situations in which an annulment is granted in New Jersey are limited and depend on the circumstances. If a couple's specific issues that are leading them to want to end the marriage fall into the list of reasons for which an annulment can be granted instead of having to go through a divorce, it is a reasonable option for many.

What Are The Grounds For An Annulment In New Jersey?

If a couple seeks to annul their marriage, they must meet one of many criteria. Bigamy occurs when one member of the couple is simultaneously married to more than one person. It does not matter whether the spouse or spouses of the individual committing bigamy were aware of the second marriage. If bigamy is committed, it is grounds for an annulment.

In the event that one of the spouses was under the age of 18 prior to the marriage, the validity of the union can be challenged and an annulment can be granted.

The mental capacity of one or both spouses is grounds for an annulment. If one or both of the spouses lacked the capability to understand the concept of marriage, or if one or both were under the influence of alcohol or drugs when they were married, it can be annulled. 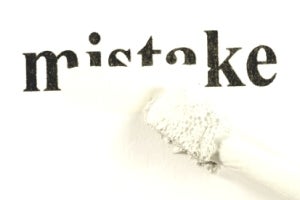 Fraud is also grounds for an annulment. If there was no intention on one or both spouses to be married or in a relationship similar to a marriage, it can be annulled. This is common with people who are marrying to acquire United States citizenship. Fraud can also occur if one member of the couple hid impotence from the other spouse. It is required that the fraud happened prior to the marriage and that it be linked to an essential part of the marriage. It must be proven by the spouse who wants the annulment that he or she relied on the other spouse's misrepresentation before the marriage took place.

Are There Benefits To An Annulment Vs. A Divorce?

Depending on the circumstances surrounding the marriage, an annulment might be beneficial as opposed to a divorce. The need for proof to receive an annulment is actually more strict than for a divorce. Simply stating that there are irreconcilable differences will allow a couple to get a divorce. It is not so simple when seeking an annulment.

While not everyone is able to file for an annulment because of the limited number of reasons that an annulment can be granted, it is still possible for those who fit into the criteria and want to move forward as if the marriage never happened. An annulment can accomplish this. If you or a loved one are considering an annulment instead of a divorce in Monmouth County, Ocean County or any other area of New Jersey, it is wise to speak to an experienced attorney from the Law Firm of Villani & DeLuca in Point Pleasant Beach, New Jersey.

Other Resources In A Divorce

Evidence Of Wasting Money In A New Jersey Divorce

Financial Support During Your Divorce

Whether you're from Belmar, Brick or any other town in Ocean County, the divorce attorneys at Villani & DeLuca, P.C. can assist you with an annulment. Call 732-751-4991 today to discuss your case.