Living Together During A Divorce

When a New Jersey couple is getting divorced, there can be a multitude of reasons for it. New Jersey requires that the divorcing couple give a justification for the filing and that can be anything from adultery to physical and emotional abuse to abandonment to addiction to incarceration to sexual issues. The simplest reason is to say that there are irreconcilable differences. In some cases, when the decision is made to divorce, there is the possibility that the couple will be forced to continue living together while they are taking steps to end the marriage.

If the divorce is amicable and the couple is able to agree on such issues as how to allocate assets, who is going to live where once the divorce is finalized, which spouse will care for the children and what the visitation agreement will entail, it is possible that the couple can live together and be reasonable until the divorce agreement is complete.

In other instances, however, the divorce is contested and difficult. The spouses are fighting over everything and neither side wants to give in. Both want the house, both want the children, both want to take every asset they can possibly take from the marriage while giving as little as possible to the other. What will happen if a couple engaging in this type of contentious divorce are forced to live together while the matter is being litigated?

Why Would A Couple Live Together During A Divorce? 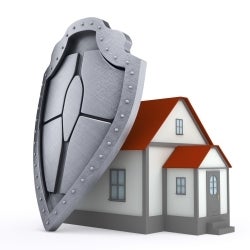 Due to circumstance, it is a necessity that the couple continues to live together, then there's not much that can be done to avoid it until the divorce is completed. For example, if one spouse cares for the children while the other is at work and vice versa, it would cause an extended hardship on both to live separately while the divorce is being dealt with. Logistically and financially, it is often impossible for the divorcing couple to maintain two residences during the pendency of the divorce.

Money is also a concern. If a family is financially compromised, there might not be the money available for one spouse to go and find a new place to live while also providing support for the other spouse and paying rent or a mortgage. There might not be any other choice but to continue living together even if the situation is rife with tension and the couple is battling over who gets what in the divorce.

Other issues might crop up while the couple is living together such as one or both beginning a relationship with a new person, the ability of one spouse to keep an eye on the other and interfere in a multitude of ways by intercepting phone calls, checking computers and taking mail that doesn't belong to him or her that might be pertinent to the divorce.

These are all issues that must be seriously considered while a divorce is going on and the decision is made to live together until the matter is settled. In certain cases, it is possible—despite any vitriol between the parties—to put the interests of the children and the desire to end the marriage at the forefront and coexist until the divorce is final.

If the divorce is contested, sharing the home might not be the best idea and an attorney will provide you with ideas on how to rectify the situation. If it is impossible for either spouse to live elsewhere due to circumstances, an attorney can present strategies to make the living arrangements as manageable as possible until the divorce is complete. If you or a loved one are divorcing in Monmouth County, Ocean County or any other area in New Jersey and are currently living with or considering living with the spouse from whom you are getting a divorce, you should contact an experienced lawyer from the Law Firm of Villani & DeLuca, P.C. in Point Pleasant Beach, New Jersey.

Other Resources for Couples Divorcing

Cohabitation And Alimony In New Jersey

Whether you are from Toms River, Spring Lake, Sea Girt or any other town in New Jersey, Villani & DeLuca, P.C. can assist you with your divorce. Call 732-751-4991 today for a consultation and evaluation.