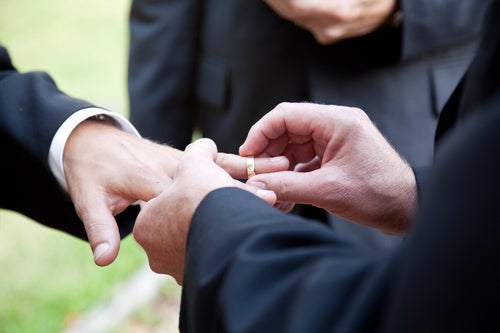 Asbury Park, arguably Monmouth County's most well recognized city, is located along the south eastern portion of the county along the “Jersey Shore”.  There are approximately 16,000 residents living in Asbury Park, yet only 18% of the population is married.  A seaside community, within close proximity to Philadelphia and New York City, Asbury was once a summer getaway for many.  It offered a boardwalk, amusement park, convention hall and the Infamous Stone Pony.  In fact, Bruce Springsteen's first album was entitled “Greetings from Asbury Park.”  During the 1970s, the town experiences riots resulting in the destruction of much of the town and causing many to relocate.  Since the turn of the century, Asbury Park has experienced a revitalization of both culture and economic growth.  Asbury is now home to some of the area's finest restaurants, some fabulous hotels and also provides great entertainment throughout the year.  Additionally, Asbury is also home to a rather large LGBT community.  After property values plummeted in the town, many people from New York City purchased and restored Victorian homes, leading in part to its rejuvenation.  Also, located within its town is the Empress Hotel, the state's only gay-oriented hotel.  The city is also host to the Gay Pride parade every summer.

Dissolution of Domestic Partnership and Civil Unions in Asbury Park

New Jersey has been recognizing domestic partnerships in 2004. Since 2013, New Jersey has recognized same sex marriages.  In the landmark decision of Garden State Equality v. Dow, the New Jersey Supreme Court stated that same sex marriages would be recognized in New Jersey. Thus, the divorce statutes that apply to heterosexual marriages, now apply to same sex marriages.  This allows same sex couples the ability to divorce on no-fault grounds.  Although this revolutionized same sex divorce, it was not until the subsequent case of Groh v. Groh wherein the court said that civil unions could be dissolved based upon irreconcilable differences as well.     If you are in a civil union or a same sex marriage and are contemplating dissolution, contact the law firm of Villani & DeLuca, P.C. today for your free consultation.

While any divorce is emotionally and financially trying on everyone involved, a same-sex divorce involving children can become especially complicated.  Adding children into the mix of a same-sex divorce can account for these special considerations, as it is impossible for the child(ren) to be biologically related to both parents, and often times, the children are from one parent's previous relationship.  Here are a few examples of scenarios regarding same-sex divorce and custody:

Any of the aforementioned scenarios presents a unique set of circumstances to the parties facing divorce.  If you have any questions pertaining to this unique situation, let the attorneys at Villani & DeLuca, P.C. help you navigate the way.  Call us today for your free consultation.  The firm has 4 full-time attorneys whose practice is dedicated solely to the comprehensive practice of family law.  Managing partner, Vincent C. DeLuca, Esq., is fully versed and knowledgeable about all issues surrounding same-sex marriage and civil unions.  He has been in practice for over 23 years and has dedicated his practice to all area concerning the evolving and modern family.

If you are in a Civil Union in Asbury Park and are looking to dissolve your union speak with the divorce attorneys of Villani & DeLuca, P.C. today. Call 732-751-4991 for a free consultation.