Step-Parent Adopting Children After A Divorce

There are many issues surrounding a divorce in New Jersey. From the time a couple decides that they will no longer remain married or one serves the other with divorce papers when the other spouse does not want the divorce, the process can take a long time and has many variables. If there are children involved, the divorce process takes on much more urgency with the need for child support and alimony provided from the non-custodial parent to the custodial parent to be decided. Other issues that have to be determined are visitation rights and how often the non-custodial parent will see the child.

In certain cases, there are non-custodial parents who are not interested or have a small interest in a relationship with the child or children on a post-divorce basis. There might be a situation where the non-custodial parent is simply unfit to have a relationship with the child. This is why one of the most frequent questions regarding a New Jersey divorce involves the adoption of children. After a couple has divorced and the custodial parent remarries, in many instances, the new stepparent would like to legally adopt his new spouse's children.

What Does A Step-Parent Adoption Entail? 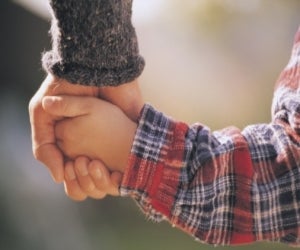 How Does A Step-Parent Adopt A Child In New Jersey?

Can a Parent Be Ordered to Support A Child in College?

Whether you are from Ocean County, Monmouth County or any other area of New Jersey, contact the experienced attorneys at Villani & DeLuca, P.C. to discuss your case of adopting a step-child and your case will be evaluated. Call 732-751-4991 today.