When a New Jersey couple chooses to end their marriage and get a divorce, one of the aspects of the proceeding might be a name change. If one member of the couple took the name of the spouse, there might be a desire to return to the maiden name or another name once the divorce has been completed. In some cases, the choice is to retain the married name post-divorce. In others, the decision to revert to the maiden name or select another name is made as part of a moving forward process from the marriage. In completing a name change after a divorce, there are certain procedures that must be followed in order to do it legally.

Changing Your Name In New Jersey 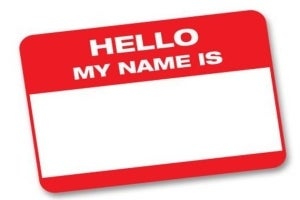 If the other spouse in a divorce proceeding, for whatever reason, attempts to prevent the name change, it cannot be done. The court has no interest in the other spouse's opinions in this matter. On the same token, if the spouse wants the opposing spouse's name to be changed, the court cannot force this to happen. It is entirely up to the person who might or might not want the name change.

In regards to children, there is a difference. There must be a separate filing made to change a child's name and both parents must be notified and, in most cases, both must consent to it. The name change for the spouse does not have to be back to the maiden name, it can be to any name the person chooses.

It is not required for the divorce to be final before the spouse seeking a name change can start using the different name. However, in order to change the name on a driver's license, for example, there must be a certified copy of the court order detailing the name change before the documents can be altered to the new name. This will be possible after the divorce has been finalized.

The name can be changed after the divorce is final. There will be a fee associated with it, but the court will allow it. In certain instances, it might be necessary to appear in court to answer the required questions.

How To Change A Child's Name 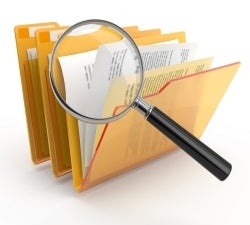 Changing A Child's Name After A Divorce

You will also have to appear in court for a hearing. The notification of the date of the hearing must be published in a newspaper ad to ensure that the decision to change the name of the child or children is publicly known in the event that someone opposes the name change. In addition, you will also have to notify the other parent and family members of the name change and bring to court proof that these notifications were made.

On the date of the hearing, you are required to attend. At the hearing the judge will question you regarding the child and why you would like to have the child's name changed. If there are people who support or object to the name change, they too will be heard from at the hearing.

Following the decision, the result must also be published in a newspaper ad. Certified copies of the judge's decision must be sent to specific government agencies to notify them of the name change once it has been made.

Give Us A Call About Changing Your Name In New Jersey

When there is a divorce in progress, a name change might not be the most important thing on a person's mind, but it is a common decision on the part of people who have ended their marriage to revert to their unmarried name or even a name that they have chosen themselves. It is a relatively simple process, but there are times at which it is easier to do it and if the change is made after the divorce has been finalized, there will be a fee to effectuate the name change.

If you or a loved one are planning a divorce, are in the process of a divorce or have completed a divorce in Toms River, Brick, Jackson or any other town in New Jersey and would like to change your name, you should speak to an experienced attorney from the Law Firm of Villani & DeLuca, P.C. in Point Pleasant Beach, New Jersey.

The Cost Of Divorce In New Jersey

A Father’s Rights In New Jersey