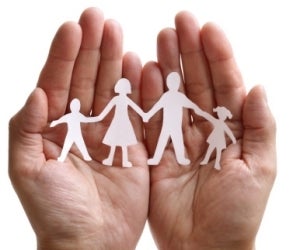 Once child custody is decided upon in a divorce proceeding, either by way of a mutually agreed settlement or handed down court order, it is still possible for the terms of the custody arrangement to be changed at a later date.

The first, and simplest, way for the terms of the custody agreement to be altered is by way of consent. If both parties to the divorce can come to an amended but amicable agreement, the terms can be changed so long as the new agreement remains in the best interest of the child.

The amended agreement must be in writing and filed with the court. The agreement must clearly specify the new terms that have been agreed to as well as additional language indicating that the parties want the new terms to replace the existing custody court order. Both parents must sign the agreement and then submit it to the court for a judge's signature. Once signed by the judge, the terms of the initial order are changed and may take effect. If the parties to the divorce are unable to come to an agreement on new custody terms and one party continues to want a change to the initial order, that party may seek a change via modification.

Modification Of A Custody Order

An order involving the custody of minor children is subject to modification at any time upon the grounds of changed circumstances, especially if the best interests of the children have been compromised due to the change of circumstances. 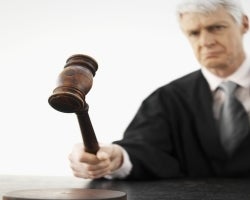 At the first hearing, the judge will likely order both parties to attend mediation sessions with the goal being to try to come to a new custody agreement. Mediation is an informal, voluntary process in which a neutral third party assists each party in conflict to reach a resolution which is acceptable to all parties. Both parties may choose the mediator they would like. Usually, the mediator has significant training in divorce mediation and is a member of a professional mediation organization. The mediator does not hand down a decision the way a judge does, but instead helps the disputing parties resolve conflicts by exploring all of the options and managing the negotiation process. If the mediation is successful, the mediator will submit the new terms to the court, where the judge will officially issue a new custody order. However, if the mediation is unsuccessful, the proceedings will move to a second hearing.

At the second hearing, the judge will hear the reasons for the proposed change of terms in the custody agreement and will then issue a ruling. At this hearing, the person seeking to change the agreement will have the burden of proof to convince the court that there has been a change of circumstances and that the changed circumstances, if allowed to continue, would be detrimental to the child.

The changed circumstances must be significant for a New Jersey court to agree to alter an existing custody agreement. Essentially, the changes have to be permanent, substantial, and unanticipated. For example, if a father was awarded custody of the child and over the course of the next several months, the father entered a live-in relationship with a new girlfriend who abuses drugs or alcohol, the change may rise to the requisite standard needed for a court to ultimately decide to alter the custody agreement. Other examples of changed circumstances include: 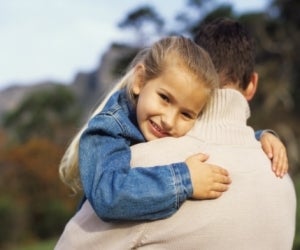 First, the party moving for the change will have to supply the court with their current financial information so that the court can verify that the parent is able to financially support the child. Additionally, the judge will review all the available facts, rule on the modification request, and issue an order which takes into consideration all of the same factors courts must consider when making initial child support orders, like;

If after reviewing all of the facts, the judge feels that a custody modification is necessary and is in the best interest of the child, the judge will issue a modified order and the change of custody will be official.

Contact Villani & DeLuca, P.C. offices today at 732-751-4991to speak with one of our NJ Child Custody Lawyers. We are here to help with Modifying Your Child Custody and Visitation Rights!