Evidence Of Wasting Money In A New Jersey Divorce

When a New Jersey couple is divorcing, there are many issues that must be combed through and decided. Child custody, visitation rights, who will receive the marital home, alimony, child support, how to separate the assets and distribute them evenly—all will play a part in the proceeding. A concern that is common among couples who are divorcing is what will happen to savings and debts. There are instances in which one spouse will take a credit card that is either joint for use by both people or in the name of the other spouse and run up significant charges as a form of accumulation of goods prior to the divorce or to exact revenge. In even more questionable tactics, one of the spouses might have had a secret account with money that he or she realizes has to be spent before it is found during the divorce and, as a result, the spouse chooses to go on a lavish spending spree to exhaust the funds. There is, however, going to be evidence of such activities and this evidence will be brought out during the divorce and could prove quite costly to the spouse who is behaving in this fashion. 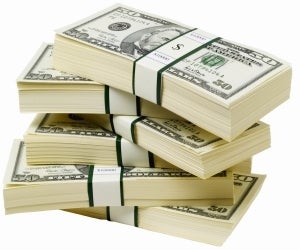 If the divorce is inevitable and one spouse chooses to take a credit card and treat him or herself to a pricey vacation at a beach resort, there might be a belief that the credit card is not an issue in the divorce and whatever charges are accumulated are no one's business but that of the cardholder. This is a mistake. During the divorce, a record of this type of purchase can be found and deducted from the share of the marital assets. This behavior is considered a dissipation of the assets.

A dissipation claim can be made if the spending was done after the marriage had already broken down or was done on a non-marital expense such as the aforementioned lavish vacation. If there is a claim of dissipation, the court will examine the time at which the expenditures took place and how close it was to the time that decision to divorce was made. It will examine if it was a typical type of expenditure that occurred during the marriage or if it was something that available evidence showed would not have been purchased if the marriage held together. The court will determine if the expenditure was for the individual spouse or was meant to favor both spouses. Whether or not the expenditure was necessary will be reviewed.

To avoid a claim of dissipation, it is simple: do not spend an inordinate amount of money that would not have been spent if the marriage was not heading for a divorce. In the most innocent cases, an expenditure that looks like dissipation might simply be the spouse treating him or herself to something nice to feel better about the current situation. In others, it could have more nefarious undertones such as leaving the spouse with nothing in terms of savings or with a giant debt to have to pay as some form of vengeance for the divorce and the events that precipitated it.

A divorce is a difficult aspect of life and it can lead people to do things that they might not ordinarily do. The prospect of a marriage ending could cause feelings of desperation, hurt or outright anger. This might result in a spouse spending a vast sum of money to diminish the marital assets. If you believe that this is occurring, it is of paramount importance to put a stop to it before the amount of money wasted grows to massive proportions. If you or a loved one are involved in a divorce in Red Bank, Jackson Township or any other town in New Jersey and are suspicious that your spouse has been wasting money prior to the divorce, contact the experienced attorneys at the Law Firm of Villani & DeLuca, P.C. in Point Pleasant Beach, New Jersey.