Whats The Difference Between Joint and Sole Custody 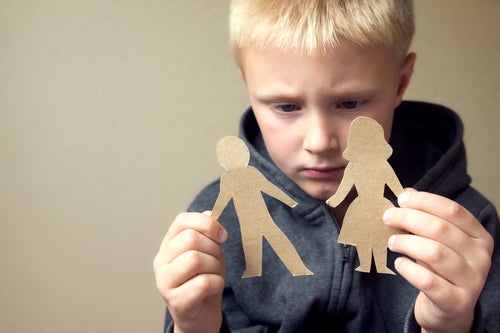 New Jersey courts recognize two main types of custody arrangements between former spouses— joint and sole custody.  Joint custody generally refers to a parenting plan in which both parents have equal time with the child and participate equally in making decisions pertaining to the child's welfare.  However, even splits of time between both parents are not realistic in most cases, since it requires a high degree of friendship and cooperation.  In many cases, parents in a joint custody arrangement share “legal custody”, which pertains to the right to make decisions about the child's health, safety, education and religious needs.  Typically in Ocean County divorce cases the child lives primarily with one parent, who retains “physical custody”, but has no greater authority over the child's welfare than the non-custodial parent.  The other type of arrangement known as sole custody. The non-custodial parent also has the right to make decisions on the child's behalf, unless the custodial parent has sole legal custody.  Sole legal custody allows the custodial parent to make any and all decisions about the child's welfare without notifying the other parent.  Such an arrangement is unusual in Ocean County Divorce Case and is only ordered when a parent is found to be grossly unfit or unavailable.

It is important to note that a parenting plan can include both joint and sole custody.  For instance, many couples share joint legal custody, although one parent has primary physical custody.  For many working couples with school-age children, this is the most workable arrangement.  It may also be in the best interest of the child to have the consistency of living primarily in one home.  In addition, devices such as cell phones, laptops, and tablets make it easier than ever for non-custodial parents to keep in constant contact with their children.  Regardless of where the child lives whether it is Toms River, Brick or Jackson, the court recognizes each parent's right to be fully involved in the child's life, unless he or she is found to be an unfit parent.  In general, an unfit parent is someone with a history of behavior that has, or is likely to place the child in substantial danger.  Such cases include parents with a history of domestic violence, drug and/or alcohol abuse and certain criminal offenses.  Although such circumstances may take away a parent's right to make decisions for the child, it normally does not affect visitation rights.  In most cases, the court will approve a visitation schedule, although there may be supervision and restrictions put in place by an Ocean County Judge in order to ensure the child's safety.  In very rare cases, an unfit parent may have their parental rights terminated, but New Jersey family courts make every effort to give a child some form of access to the non-custodial parent.

Whether you are from Brielle, Red Bank, Brick, Jackson, Point Pleasant or any other town in New Jersey, having experienced legal representation to assist you in determining your custody agreement. When considering a child custody arrangement, it is imperative to speak with a divorce attorney about your rights and options.  Partner Vincent C. DeLuca, Esq. of Villani & DeLuca, is certified as a Matrimonial Attorney by the Supreme Court of New Jersey, has the knowledge and experience to assist you with any issue related to child custody and parenting time.  In addition to explaining the state's child custody laws, Mr. DeLuca can advise you about resolving your differences through mediation, which can be voluntary or mandated by the court.  Call (732) 965-3404 to schedule your free consultation!