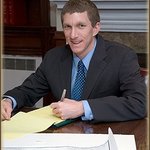 Timothy L. Horn, Partner, has more than 11 years of legal experience in a variety of practice areas.  Timothy L. Horn is a former judicial law clerk to the Honorable Edward J. Turnbach, J.S.C. and completed an externship during law school with the United States Attorney's office in Camden giving him a tremendous background in criminal law. Tim has been a lifetime resident of Ocean County, New Jersey. When not practicing law, Tim Horn can be seen swimming, cycling and running throughout the Jersey Shore area and beyond while training and racing for triathlons.

Ocean County Bar Association Annual 5K Run/Walk – Committee person since inception of event to the present. This is an annual event that benefits a local charity.

Jersey Shore Triathlon Club – I currently serve on the Board of Trustees as a Vice-President for this 500+ member triathlon club.

Sons of the American Legion – Member

Competitive triathlete, duathlete, and runner training and racing throughout the Jersey Shore and beyond.  Member of Team USA as an age group athlete competing in the ITU Duathlon World Championships three times in Calais, France; Weyer, Austria; and Newcastle, Australia.

As a founding partner at Villani & DeLuca, Vincent DeLuca is one of only a few Certified Matrimonial Law Attorney in Ocean County, New Jersey. Mr. DeLuca has helped many clients navigate the delicate details of their own divorce. Mr. DeLuca is also a trained divorce mediator and collaborative divorce attorney. Call today at (732) 965-3404 to speak to Mr. DeLuca or one of our experienced NJ Divorce Lawyers.