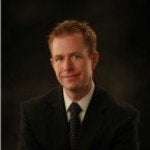 Since 2003, Michael C. Ayres, Esq., a Partner of the firm, has been involved in the practice of family law. Prior to becoming an associate in the law firm of Villani & DeLuca, Mr. Ayres was associated with the law firm of Einhorn, Harris, Ascher, Barbarito and Frost in Denville, New Jersey. In his practice there his time was entirely dedicated to all matters pertaining to family law, with an emphasis on high net worth divorce litigation. After Mr. Ayres received his Juris Doctorate from the Seton Hall University School of Law, he took a position as a law clerk for The Honorable Patricia B. Roe, the presiding Family Part Judge in Ocean County, New Jersey. During his tenure as a law clerk, Mr. Ayres became certified by the Supreme Court of New Jersey as a R. 1:40 qualified family mediator.